Pirates & Spoilers: What I Learned From The Film And Music Industry https://www.legalcomplex.com/wp-content/uploads/2013/02/piratebay1-e1558344777265.png 1600 701 Raymond Blijd Raymond Blijd https://secure.gravatar.com/avatar/b2107c5e41052042419dccfe176bcf5a?s=96&d=mm&r=g February 12, 2013 May 20, 2019
Read time: 2 min.
I’m watching a series of short interviews from a recently held conference by the music industry. Seeing our future challenges unfold in real time I imagined our industry to rise above and leap ahead. I observed the similarities such as our deep passion and optimism we feel in our pursuits. So while old media (Books, CD’s, DVD’s) fades to black, new media companies are lighting up the skies. What have I learned? 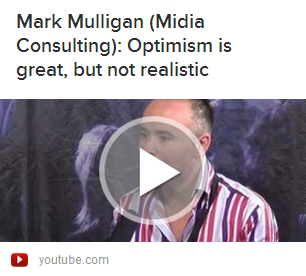 Over 10 million people in the US and UK have stopped buying music altogether. So not even visiting concerts or migrated to subscription models according to Mark Mulligan (Midia Consulting). The main reason, he points out, is that these previous customers quite frankly are bored with the current music experience and they would much rather download for free. Strangely enough, research also indicates that music piracy is in decline while video piracy is increasing as presented by researcher Joost Poort from IVIR(my alma mater so irrefutable :-).

My takeaway: Even though the disruptive effects in the traditional B2B publishing is more gradual, I suspect it will endure the same fate. To counteract in the same fashion might not necessarily result in a more positive outcome. So while there’s still time, experimenting with new models early and redefining our position continually will help not hurt.

Licensing issues are what most point to as a core problem. Copyright regimes based on geographical parameters is at odds with a borderless Internet. It is inhibiting media industries from exploring alternative models and thus new experiences. Yet, within these confines there is still room for maneuvering. There was one particular quote which indirectly made me aware of a possible solution. Joost warned of the possibility of renting a video stream when the same film or TV series might air the next day on TV.

I wondered what would possibly drive someone to indeed proceed with such a purchase. Contrary to music, with videos there is a real danger the experience might get ruined if your surroundings are already aware of the content. Similarly in a business setting, if you are the only one not in “the know”, you run the risk of being “left out”.

My takeaway: While exclusivity will increasingly get harder to enforce and maintain, we still can control speed of delivery. Moreover, for media companies and end users alike: owning the experience will trump owning the content.

Conclusion: As the saying goes “repeating the same mistake twice is not a mistake but a choice”. So is blindly following others down a doomed path. As we ease into a new world we must experiment and learn new things within the confines of our current models but also look beyond. In the end, it is just a matter of figuring out what experiences to choreograph to seduce new and old customers.