A recent report by usability guru Nielsen on the iPad reiterates a common understanding about the iPad, which is that it’s mostly for media consumption. Email is “the only slight exception to the rule.” This might be true now but it is not a sign of things to come.

The main reason why consumption is more prevalent is simple: good consumption apps far outnumber good creation apps. The internet started out the same way until Web 2.0, Cloud and SaaS.

The ultimate example of mobile creation – microblogging (Twitter), photography, notes, to-do and other productivity apps aside- are in fact the Apple apps. Garageband, Pages, and Numbers are excellent examples of creation on the tablet. Especially iMovie on the iPhone I find extraordinary. I’ve created over 15 iMovies ( a mix video, photo’s and music) and loaded them onto YouTube in HD straight from my iPhone.

The trick is to figure out the usability and tasks and refitting them to the mobile form factor. It’s design led by format as oppose to desktop-based workflow. 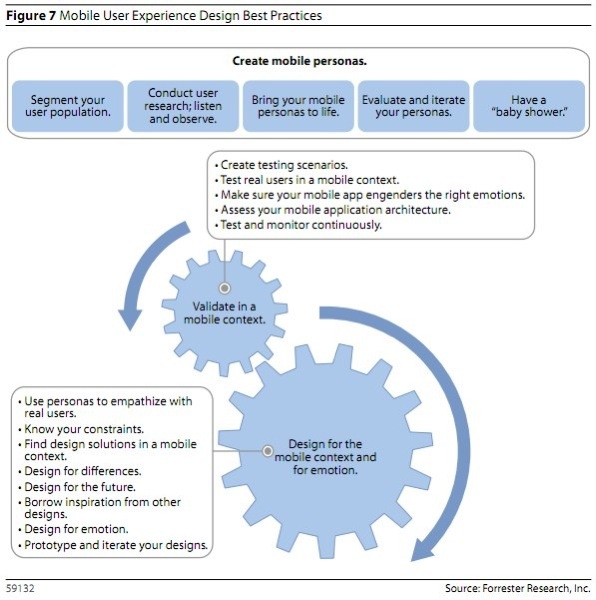 A Forrester report stated, in general, to do both because it deemed the distinction irrelevant. But here’s the quote from their blog post: a majority of consumers across the globe will access the Internet, not apps.

This is especially true for areas which do have ubiquitous and ambient connectivity. Those areas are expanding. Moreover, real-time and streaming will always be preferred over sync, update, and download. I heard somebody once say: You need real-time data if you want to cross a street. Just as Cloud and SaaS are getting the traction we should not revert back to the notion of “installed software” and its drawbacks.

Taking the above into account the question is not if but when mobile will replace the traditional concept of a PC. Laptops have already replaced the workstation in most business and homes. Smartphone are doing the same with cell phones just as the iPhone is replacing Blackberry.

Predicting the tipping point is a challenging endeavor but here’s my attempt: 2014 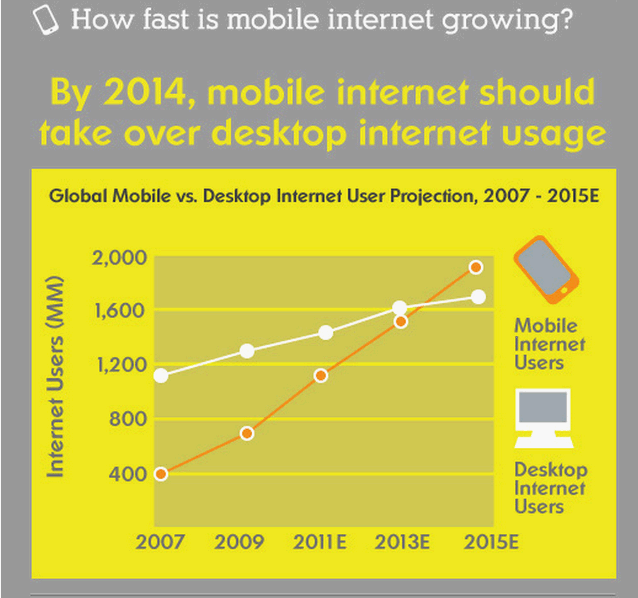